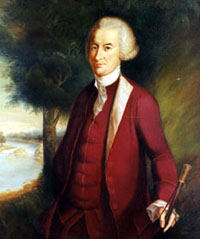 Although he was a moderate conservative at the Continental Congress and the Constitutional Convention, Dickinson played a vital role in the pre-revolution activities of the seventeen sixties and early seventeen seventies. His pamphlet, Letters of a Pennsylvania Farmer denounced the heavily reviled Stamp Act and called for the colonists to demand their rights as British citizens. These early conflicts with Britain would demand much of Dickinson during his time in the Pennsylvania and Delaware Assemblies. END_OF_DOCUMENT_TOKEN_TO_BE_REPLACED